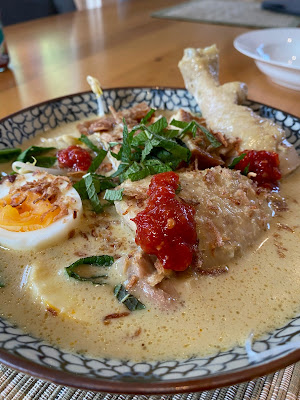 Many years ago I had an office in Lonsdale St. On one cold day I ventured into a Chinese restaurant near China town to grab some lunch. I stood at the counter and looked at the colourful pictures of the meals on the wall behind it and ordered something called a laksa because the colours looked so good. I'd never had a laksa before that day and my (taste bud) world changed. Since that lunchtime surprise, I have been on the hunt for really good laksas and mostly end up being disappointed. The bar was set pretty high by that first encounter.

Early on in my quest I bought one of those laksa packs you get from the supermarket. A mistake, say no more. I'd glanced at recipes every now and again but never really had the inclination to try a proper one having convinced myself I'd be disappointed. And they all looked so complicated.

For my birthday, Maria bought me a wonderful cookbook from a great little book and gift shop in Bangalow; The Chicken Soup Manifesto. It has authentic chicken soup recipes from all around the world, a fabulous culinary journey. The weather was a bit ordinary today so I had a flick through the Manifesto, gave Maria a short list and ta da ... Laksa it was to be.

With some minor modifications and a couple of good additions, I brewed it up between a late afternoon river swim and the result was so much better than I had expected, The laksas I have loved have a deep rich flavour that warms your belly, rather than the watery spicy soup that you get sometimes. This was my fear.

So I subbed in coconut cream for the coconut milk, was generous with the spices etc and .... it was sensational!!! I also made extra paste which I've frozen, because despite the complex flavours, with ready made paste the dish is pretty easy to make.

So, I'm not in the van, so this probably doesn't really belong on this blog. But the quest for good laksa has been part of my foodie obsession for long enough that knowing I can turn it on at home makes me feel awesome. 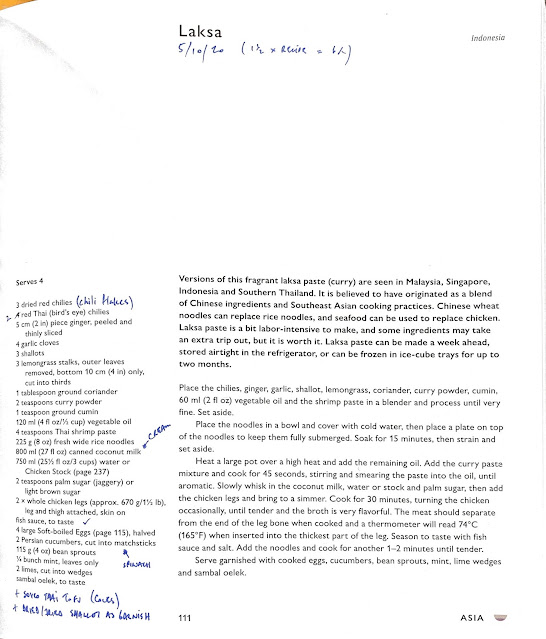